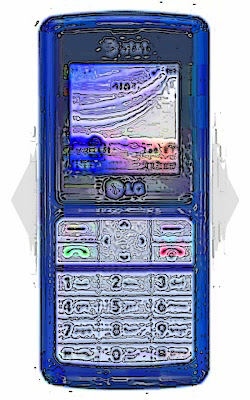 In the old days, say the late 1980's, "mobile" or "car" phones were mobile only in the sense that they were permanently installed in cars, and users could call as they hurtled 70 mph down the interstate. But other than that, it was the public phone booth or nothing. And, in truth, that system worked remarkably well for nearly 100 years.

Then, back in the early 1990's, the mobile phone became truly mobile; users could unplug them from their cigarette lighters and move them to other cars. Unfortunately, the early models did not have battery packs that actually held a charge, so users could not really use them anywhere but their cars. Besides, minutes were expensive ($3.00-$5.00 a minute, plus roaming charges, which could be anything the provider wanted to charge), so using them for casual chit-chat wasn't really an affordable option.

These phones, with regular handsets and dialing pad, came in a small zippered cases, about the same width and length as a netbook but much thicker. This is what we bought as our first "cell" phone. At that time, we traveled a lot by car, so the cell was just for emergencies. 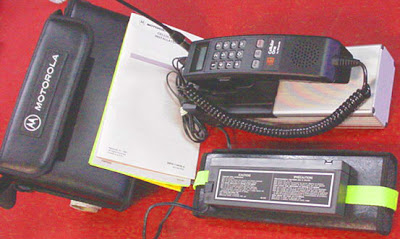 We were more than ready to give up our CB (Citizens' Band Radio); readers of a certain age will remember, "Hey, Good Buddy!" and "Put the pedal to the metal!" screeching from a tinny box. It's not that we didn't find truck drivers' take on the world charming; it's just that they cussed a lot, and we had a kid to raise--actually, by the time we bought this bagged wonder, the kid was in college, but still...

Anyway, as we unpacked the phone and got it up and running for mobility, a little voice went off in my head:

"Oh, oh, this new-fangled thing can't be good for society."
Even then, I could envision these things springing up in public, ringing anywhere and everywhere.

And I was right; not only do these horrid things go off all the time during inappropriate times, they often do so with annoying ringtones. 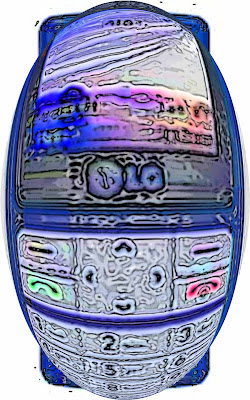 My husband and I each have a cell phone now; nine times out of ten, mine is off. I'm not a frivolous phone person, and I have no special desire to be available 24/7 to whoever decides to call. I love being in control of my phone domain, thank you; if you call when I don't feel like talking to you, then I'll turn my phone off and get back to you when I'm not busy or cranky.

Evidently, I'm pretty much alone in that opinion. 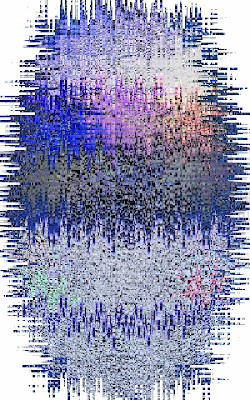 2. When you're on a date or outting with friends and family, your phone should be OFF. Answering your cell when you're with people sends a message that the call is more important than the people you're with. If you need to check your phone, excuse yourself to call people back and read your text messages, but don't hang on the phone--just be quick and courteous. If you are anticipating an important call, let your friends know in advance, and when the call arrives, excuse yourself; there is nothing more awkward than sitting there while someone is blathering on the phone.

3. If you MUST answer your phone on a bus, train, taxiing plane, or any closed space, please don't shout; believe me, your conversation is decidedly uninteresting and annoying. We don't care if Aunt Booba had her daily bowel movement or about the details of Grandma's gall bladder surgery. Remember, we're a captive audience and can't escape from your Dreadful Daily Minutia.

4. Don't answer your cell phone when you're wee-weeing in a public restroom (or at any other inappropriate place). True story from the next stall:

5. If you're in a service job--cashier, receptionist, salesperson--NEVER take personal calls on ANY phone while waiting on customers. If I were a boss, that would be grounds for instant firing. If nothing else, always keep in mind: you are overhead, your customers are profit. You are expendable, your customers are not--they are the lifeblood of your boss's business.

6. Never take calls when you're with your boss or any other person who wields professional power over you, such as a job interviewer or instructor. Your phone should be OFF, OFF, and OFF. If I have to tell you why, then you are truly a numpty dunderhead.

7. This is fairly minor, but if you use an earphone (blue tooth?) so that you can talk while you're walking (God help that you should end up with some quiet time), you might want to make sure that the earphone is prominent enough so that strangers don't think you're rambling to yourself. Those one-way conversations can be disconcerting.

I'm not a Luddite; I have embraced technology--I love computers and all the bells and whistles that go with them--and I accept that the world moves forward. Nothing ever stays the same.

However, some basics remain the same: treating other people, even strangers, as we would want to be treated.

Maybe less "me-me-me" behavior would be a good place to start.

Note to the airlines: PLEASE, PLEASE, PLEASE never allow cellphone use in the skies. Even if the technology eventually supports in-air cell use, can't we just pretend otherwise? 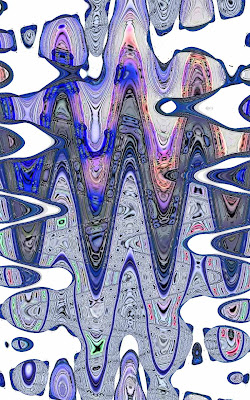