Advice to Our New President 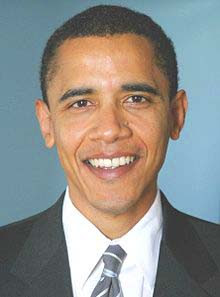 As your last week as an ordinary citizen comes to a close, Aunt Savvy would like to offer you some general advice for the next four to eight years.

Throughout the media, you have solicited advice from the populace, so Aunt Savvy is confident that you will read this or other advice columns like this.

Aunt Savvy voted for you, but even if she hadn't, she would still offer advice to you. Also, just because she voted for you in 2008 does not mean she will necessarily vote for you in 2012. She admires and respects you, but she will always give her precious vote to the candidate best suited to the presidency. She is not alone in this opinion.

She offers you 10 pieces of political advice:

1. Keep in touch with the American people; unlike during the campaign, you will find yourself becoming increasingly isolated from the electorate. Part of this will be unavoidable, given security concerns. But you can still take the pulse of the American people by keeping up with their issues and concerns. For example, never forget the cost of a gallon of milk or gas, even though you, as President, will purchase neither for yourself and your family.

2. Never forget your "team of rivals" platform. Sometimes rivals and enemies can offer you better insights than your friends, who often won't tell you what they really think. Even when you don't agree, listen carefully to well-respected independents and Republicans, for example, former rival John McCain and other moderates, no matter what party. Aunt Savvy reluctantly suggests that you also keep one ear open to radicals from both the right and left, although they tend to shriek, rather than discuss. But they, too, are citizens worthy of your presidential consideration.

Related to this: don't retain team members (even if they are your friends) who become "toxic," either through political scandal or illegal activities.

3. Once you make a decision, implement it with confidence (not arrogance). Don't waffle. Never base important decisions on popularity polls; you have access to top secret information the average citizen does not. Just make the best possible decision, and it will work out okay.

4. However, if you make a decision that later turns out to be wrong, admit it; we are a very forgiving nation that realizes you are human and subject to human frailties.

While having Secret Service around 24/7 may be an annoyance, they are there to protect you from those who would harm or kill you and your family. Your life is too important to the country, its national security, and its morale.

6. Develop a stellar but arm's-length relationship with the press, and don't favor certain reporters over others. While it is tempting to befriend friendly reporters who think like you, always keep in mind that they are paid to write about your presidency and your actions: the good, the bad, and the ugly.

Make sure that you and your people do not dole out "scoops" to select journalists. Also, manipulate the press at your own peril; don't float "trial balloons" to the press because they and their readers will know it.

8. Cherish and follow our constitution; use presidential powers carefully and never with bitterness and revenge or in anger.

9. Remain confident, but humble; you earned this office through hard campaigning, but your campaign workers, donors, and the American voters have made it so. Continue addressing the American people in a respectful manner.

Your transition period has been nearly flawless, so Aunt Savvy has no reason to believe your demeanor will change--this is just a reminder.

10. Pay attention to international issues, and PLEASE do not start wars for specious reasons. While we are the United States of America, a country that holds great sway in the world arena, keep in mind that there are other nations with differing viewpoints. And at the moment, we are not very popular with other countries.

One piece of personal advice:

Keep your family close, and do not allow the headiness of your high office to go to your head.

No doubt: pretty and smart women, young and even older, will throw themselves at you, and it might be tempting. However, your job is to shoo them away politely and firmly.

Spend quality time with Michelle and your girls Sasha and Malia--and that future puppy.

Aunt Savvy knows that family is everything, and that is what you will have left once the power of the presidency passes on to the 45th president.

Aunt Savvy will watch your inauguration festivities with great interest and excitement, but on January 21, 2009, she expects you to report for work by 9:00 a.m.

Let's get this country back on the right track.