Advice: "My Daughter Has Come Out as a Lesbian" 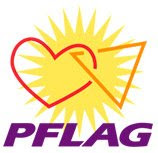 My only child Shelly has just announced that she's a Lesbian and has been in a five-year live-in relationship with Mary, her "best friend" from childhood.

Although we knew that Shelly and Mary were sharing a house, my husband and I had no idea about their real relationship and were totally blindsided.

My husband is beside himself with anger and has announced to various family members that he no longer has a daughter. What's more, he has banned Shelly from our home.

I, too, am heartsick at this news--no large wedding and no grand babies--just our small family and not even that if my daughter can't even come home.

But I still love and will always love Shelly, no matter what, and I want to be there for her and help her through her father's rejection.

What should I do?

Whenever a child comes out, it is often a great shock to the family. Even in these enlightened times, for various reasons, some Gays and Lesbians are still reluctant to announce their sexuality, so when someone does come out, it is a big deal.

It may be that once your husband settles down and begins absorbing the shock of this news, he may begin the difficult job of accepting this news.

And you can help by starting with yourself.

First of all, keep in mind that homosexuality is not a choice; mature people do not suddenly decide one day that they are Gay or Lesbian. This makes sense, for who would willingly decide to be homosexual, given that it still seems to cause much distress in families? So accept the fact that your daughter is what she says she is; in other words, she is not likely to change her mind and decide that she is heterosexual (It does happen, but it is rare and usually a conscious decision based on religious beliefs),

Second, get over the notion that your family line stops here; many Gay and Lesbian couples are opting for adoption or even artificial insemination. Even if Shelly and Mary decide to remain childless, keep in mind that some traditional couples opt not to have children at all.

You have already decided to throw your full support to your daughter, but you do not have to do this alone.

Parents, Families, and Friends of Lesbians and Gays (PFLAG) , a non-profit support group, is designed to help families and friends to navigate the confusion and shock of their loved ones' homosexuality. It is likely that a chapter of PFLAG is active in your area--just check on the PFLAG website.

Now, about your husband. Should he decide to cut your daughter off forever, there is not much you can do about it. However, Ms Please suspects that he will eventually come around, but his turnaround will begin with you and how you approach him. Let him know that while he is upset, you will continue maintaining a relationship with Shelly and her partner. However, in the early stages, allow him some time to get accustomed to Shelly's status. Do not force a relationship between father and daughter but it allow to occur naturally. Unless he is totally unreasonable, he will come around.

Note: This is not a real question, but a what-if scenario based on a possible family problem. Aunt Savvy will always disclose when a question is based on a scenario.

Aunt Savvy would be pleased to consider answering your real questions for this site.

Labels: "My Daughter Has Come Out as a Lesbian", homosexuality, Lesbians